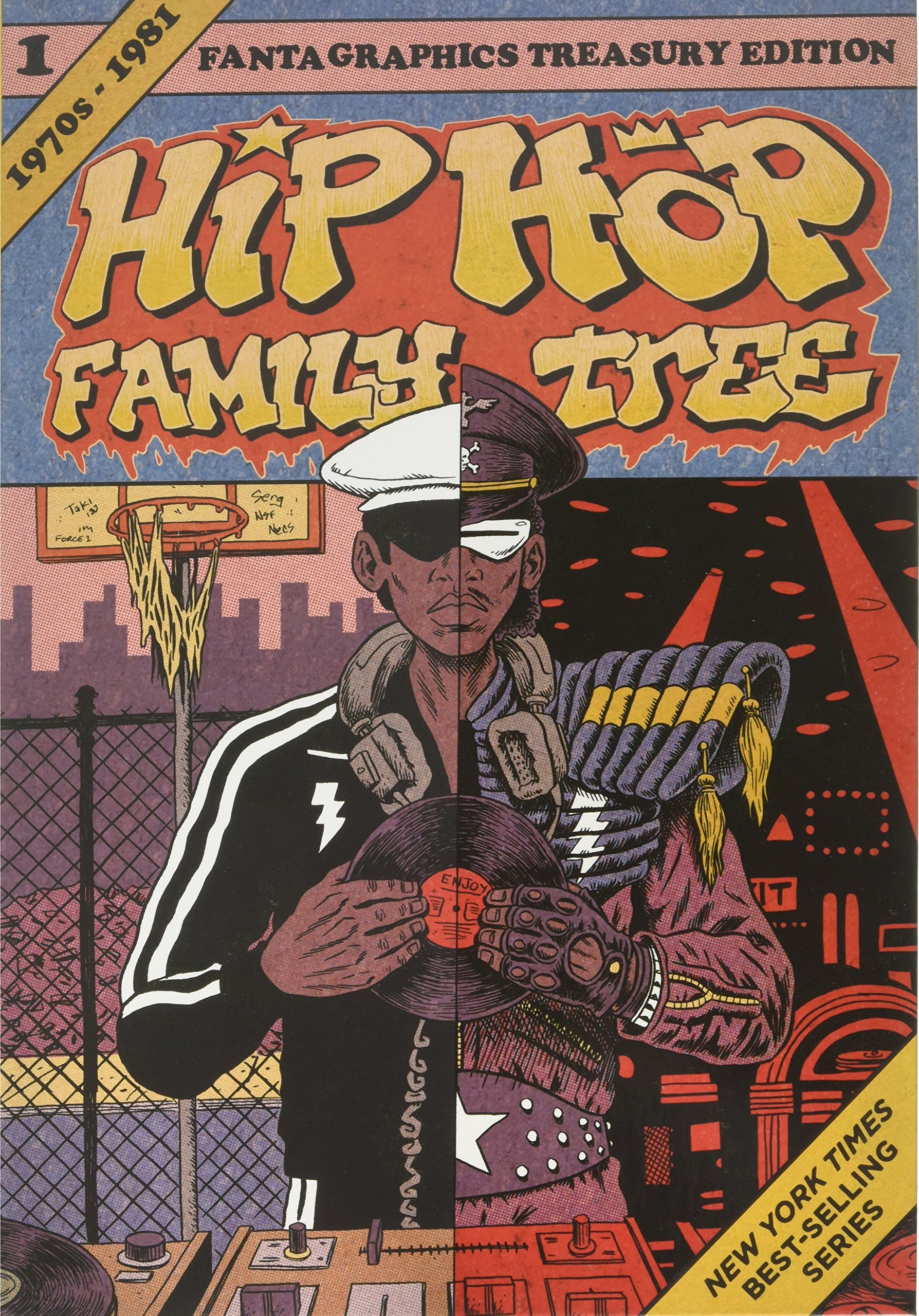 This is such a fun way to digest the history of early hip-hop. It is packed with some essential hip-hop folklore and figureheads. One of the coolest things Piskor does with the presentation is paint the different groups and cliques as sort of tribal rivalries, he even draws a map with territories carved out for the different clans led by their patron DJs or MCs. I'm sure it's a pretty accurate representation of the feeling and social climate around this movement but the presentation is so poetic and striking. The art style is really amazing, it does a lot of the work of getting you into the zone, the cartoonish Warriors meets Fat Albert aesthetic fits the period spectacularly and the newsprint style that emulates sloppy three color dot printing gets you the rest of the way there. The only thing missing is a killer soundtrack which you have to supply yourself. Some of the representations of the real people in the book glorify and elevate them as kings and valiant warriors in the early years of the genre. Other representations, like those of Russell Simmons and Rick Rubin, are less flattering but equally engaging and fun. The only thing that could make this real story any more stylized for excitement would be a strong villain (although that is almost reached in a few characters and would be hard to go all the way without being extremely unfair to these real folks). Another truly remarkable piece of this book comes after the main story and I think is exclusive to the collected volume. Piskor creates a short piece that illustrates what he feels are some of the common elements between hip-hop and comic books (particularly superhero books). He admits that he's probably forced some connections but I thought it was wonderful. He clearly put a lot of thought into it and I know this excerpt is going to jump into my head for years to come. I'm really excited to see where this series goes but so far it's great especially for anyone that loves hip-hop history and comic books.