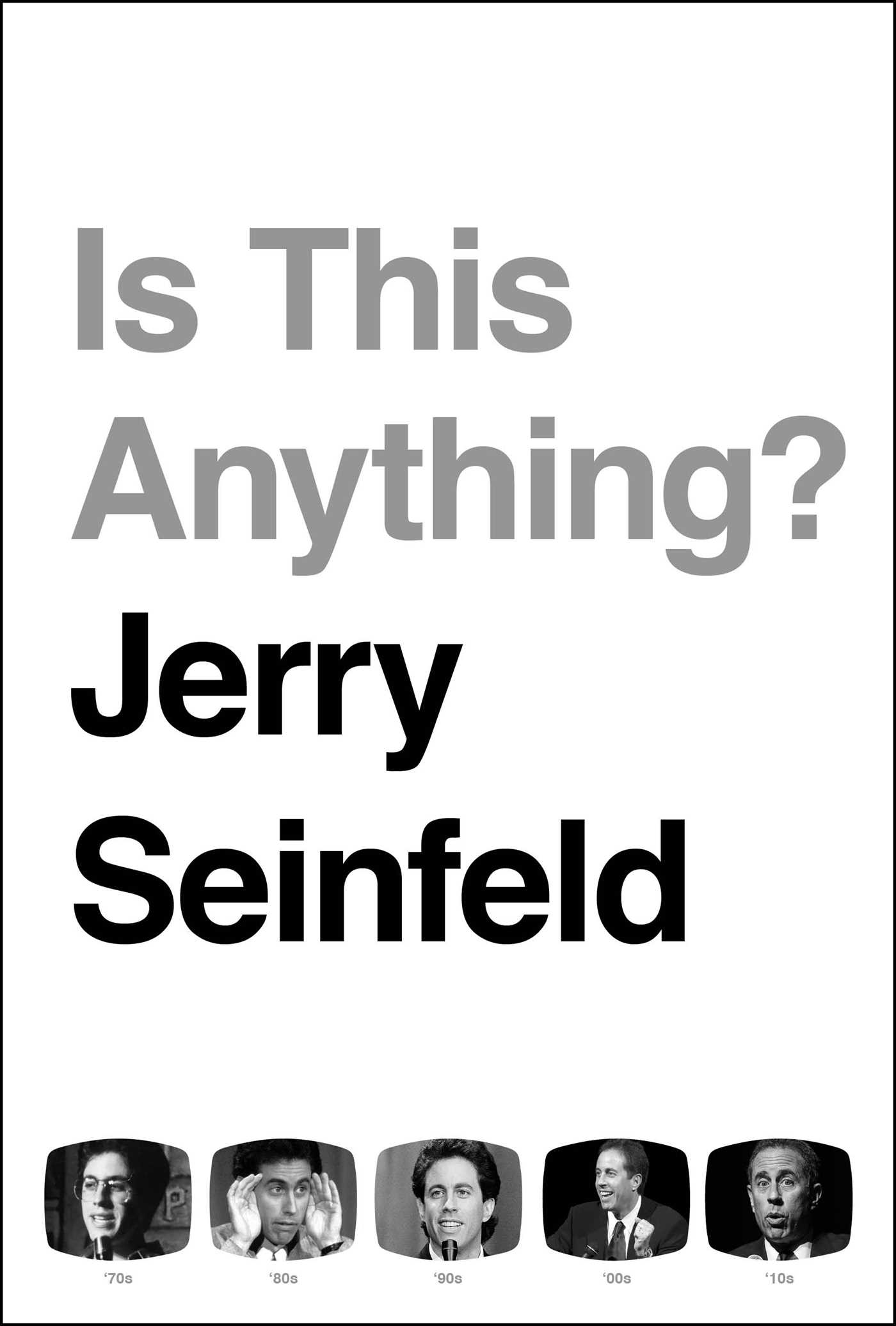 Is This Anything?
Jerry Seinfeld

There's no denying Jerry Seinfeld's extraordinary career. As a historical work, this is a very valuable collection. I appreciate that aspect more than anything. Being able to follow a straight line through his career by following the development of his act is a unique experience that I hope more iconic comedians will compile in the future. That being said, this is essentially a joke book so I would be remiss to avoid judging the content of the notes. This book should probably be experienced as an audiobook since comedy is more than just words on paper, it's delivery too. If you're familiar with his stand-up you'll be able to sort of project his delivery onto these notes but at the end of the day you aren't Seinfeld. I unfortunately read the book. Essentially most of my reception of this book comes down to my reception of Jerry Seinfeld as an artist, as this is a pretty wide anthology of his work.

Generally I find his material to not be for me. He has a few bits that really had me going, and for that I especially appreciate the detailed index. Clearly he was a stronger comedian in his early career but even then he just doesn't do it for me most of the time. A lot of his observational humor is just weird, he delivers every joke as if we all feel the same way as him and I'm often left thinking "who would relate to this?". I've seen people flip the convention of observational humor on it's head -Zach Galifianakis comes to mind- where you deliver a completely unrelatable anecdote as though you expect the audience to relate. That isn't what Seinfeld is doing however. A lot of the time I don't even see how Seinfeld could feel this way, I doubt he is actually as shallow and vapid as he presents himself through his comedy. Is that how he sees his audience? How he sees the plebeian masses? I don't know but I find it off-putting.

His early material is much more streamlined, crammed with jokes and overall better. His later material is a bit rambling, a lot of complaints that don't go anywhere and as unrelatable as ever. While his later material isn't as consistent there are still some gems. The flex seal bit is an absolute diamond.