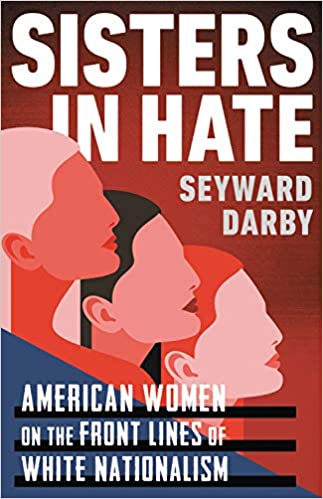 Sisters In Hate
By Seward Darby

Seward Darby clearly has a deep knowledge of this subject matter. She's well researched not only into the immediate aspects of white nationalism that are relevant to the women featured in this book, but also the broader culture of American white-nationalism and anti-feminism. Throughout the book Darby is sure to fill you in on relevant details that can give you a more holistic understanding of the elements at play in these women's stories. Darby does an amazing job of trying to understand what drives these women and what it is about white nationalism that appeals to them, while still undermining and criticizing their beliefs and participation in the movement. The last book I read about American white nationalism was published in 1996. While I had kept up with how things had changed due to the internet, it was a helpful update to see a deep dive into modern white nationalist organizing. The women featured in this book represent some really fascinating cross sections of the alt-right, including white nationalism and female led anti-feminism. Sisters in Hate is a great and timely work of investigative journalism.