One Month Down in San Francisco, Two More to Go!

It’s crazy to think we’ve been in California for a month. You may not have realized we were in California, but that’s because we didn’t even know we were going to California until about two weeks before we left. Amelia still had 10 weeks of unpaid maternity leave available to her. She decided to use that leave to take a travel nursing position in San Francisco. The plan is to use San Francisco as a home base and do a bunch of small road trips on her days off. Here we are at the Zephyr Ice Maze a week before arriving in California.

Amelia started looking into travel nursing opportunities, at first for the middle of March but it quickly turned into a February 8th start date. We kicked it into high gear sorting out all of our affairs in preparation for our 13 week exodus. The last piece of preparation was to decide what could be crammed into the Prius and what would have to stay home. I’m happy to say all of the people in our family were deemed essential cargo. Maya being a trooper in Wyoming after a long night of driving.

We left West Saint Paul on Thursday, February 4th and drove all night through high winds and ice in South Dakota. We then drove most of the day through snow storms in Wyoming and Utah. We made it through a huge dust storm west of Salt Lake City and all the way to Elko, Nevada, where we got a well deserved break night at a motel. The next day (Saturday, February 7th) we drove the rest of the way to San Francisco under great conditions, clear sky, grass (in February?!) and palm trees. We were feeling a bit overwhelmed when we first got here. What the hell had we been thinking doing something like this?! Our attitudes quickly rebounded as we checked the temperature in the Twin Cities… 4 below! Elena got to go swimming at the motel in Nevada!

We settled in pretty quickly and set off trying restaurants in the area and seeing the city. Elena got used to waking up at 7:00, since her school is two hours ahead of her. She also made a few friends at the playground by our house. Maya… didn’t seem to notice any changes in her surroundings. Amelia quickly got a library card and learned the library system in the city. After Amelia finished her orientation she had five days off so we took a trip out to LA. I think I summed up the trip pretty well in a postcard I wrote:

“Our trip to LA is going great! We're staying at a hotel in Hollywood near the walk of fame. This morning we went out to Venice and walked the canals. Next we walked, or in Elena's case skateboarded along Venice Beach. We went out to the Santa Monica Pier, the official end of Route 66. We had some delicious fresh seafood on the Pier and watched the people and the waves. We made it up to Griffith Observatory just in time for the sunset and got to see all of the lights turn on across LA as the sun disappeared behind the Hollywood sign. Wishing you were here and glad we're avoiding some of the coldest days of the MN winter! ” 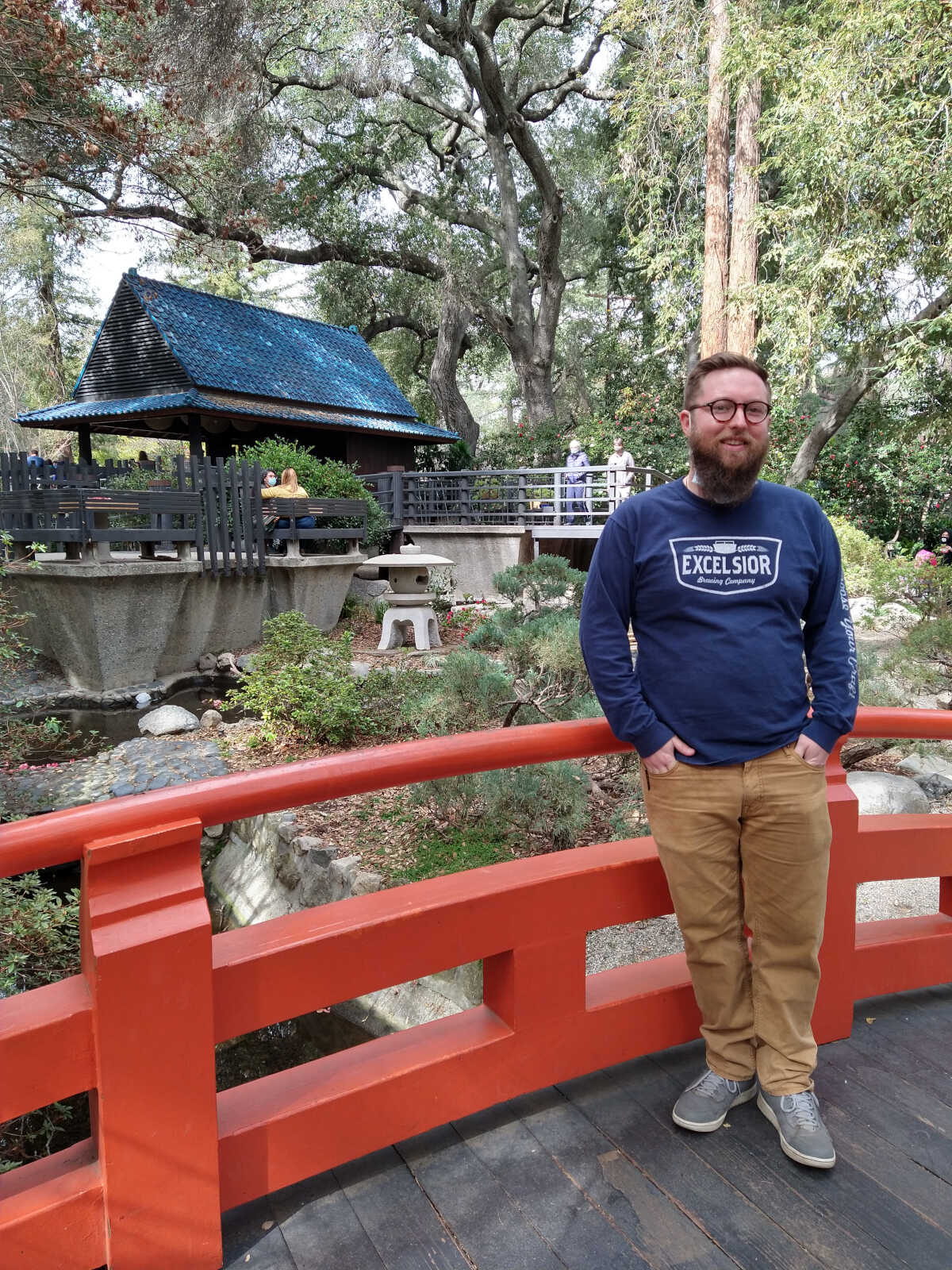 The Japanese garden at Descanso

After we left LA we went to the Descanso Gardens and then drove out to the Mojave Desert where we got a room. The next day we went to Joshua Tree National Park, we drove most of the way home to San Francisco but stopped to stay at the fabulous Madonna Inn. We finished the journey the next day while listening to the audiobook of Tortilla Flat. Serendipitously, we also happened to stop for tacos in Steinbeck's hometown of Salinas. Enjoying a drink by the pool at the Madonna Inn.

The next day was Maya’s half birthday (it’s already been six months?!) and Amelia’s first full shift at the new Hospital. The 24th we took a day trip to the East Bay. We ate at a taco truck in Berkeley, walked Telegraph Ave and went book shopping. Next we went and visited Amelia’s cousin Neil in Oakland.

To all my friends and family in the Twin Cities, stay strong and stay safe. I know you’ve got a big week coming up. Peace & love.

We've taken a lot of photos on this trip, many of which I'll post in a gallery here. Here are some other pictures we've taken since my last post, mostly from before our trip: The chickens getting used to the snow These girls are too much alike! Maya accompanying us on our sledding outing